The film deals with the issue of underpaid teachers, and their issue with their self-worth in the face of growing inflation and demands of their family. The middle-class school teacher who works overtime to support his income and to send his children to good schools, ends up in a moral dilemma, when it comes to fulfilling the needs of his ever unsatisfied teenage children. As per producer, Dr. Arindam Chaudhuri, "The common question the teacher asks when he looks at his student, who is just 25 and owns a car, is why at 55 he is still riding a scooter? In the end, it is not just the teacher who redeems himself by not succumbing to taking bribes, but also his children who begin to see him in the true light and importance of being a teacher and an honest citizen. 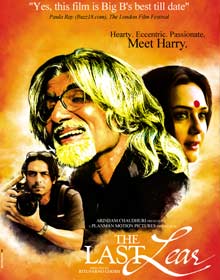 The story revolves around Harish Mishra (Amitabh Bachchan), a retired Shakespearean theatre actor who spent precisely thirty years and nine months on stage and then suddenly quit, and his first and last act as a cinema artist. He is immensely passionate about Shakespeare, believes that nothing even comparable can ever be written, knows all his plays by heart, lives in those stories, condemns modern cinema and considers theatre as a much higher artform for directors and actors to convey their message to an audience. 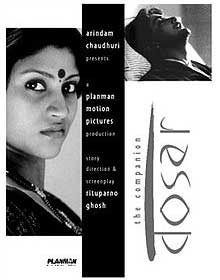 A happy couple until a car accident takes away Mita, Kaushik’s mistress, and leaves Kaushik injured and grieving. Mita, the mother of a little boy and living with her husband, was Kaushik’s colleague. This revelation leaves Kaberi shattered. Kaushik successfully moves on with life leaving Mita behind and tries his best to repair the severely wounded relationship with his wife. Another couple in the film, Brinda (Pallavi Chatterjee) and Bobby (Parambrata Chatterjee), are also engaged in an extramarital relation. While Bobby is a bachelor, Brinda, quite older than Bobby, is unhappily married. They and Kaberi do group theatre together. Brinda-Bobby comes to a crossroads when Brinda becomes pregnant and Bobby is not sure whether the child is his or Brinda’s husband’s. However, he does not turn back and stands by Brinda in sorting out her issues. 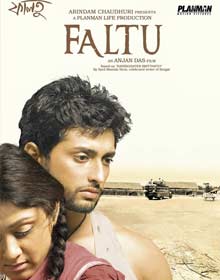 The story is set around Ranirghat of Murshidabad District in West Bengal in the early 1950s. It is the story of a 20-year-old orphan called Faltu (faltu in Bengali means worthless, junk) and his search for the man who has fathered him. This is also the account of a village and its people, woven around a narrative with myriad moments and a lot of dramatic events. Ranirghat is a small village made up by the refugees from the then East Pakistan. (Its current population is 148.) The lives of the villagers take a new turn when a census official questions Faltu's parentage. While it is a well-known fact that Faltu is the son of Sureswari Dasi aka Suri Khepi (a mad woman on the street played Indrani Haldar), no one knows who his father is. Neither does Faltu nor he has even bothered with the question. He was happy with what he was doing — driving a bus and ferrying villagers. 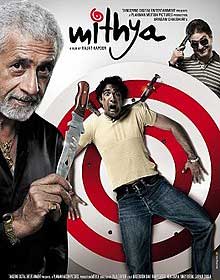 Mithya is a 2008 Indian film co-written and directed by Rajat Kapoor and produced by Planman Motion Pictures. The film stars Ranvir Shorey, Neha Dhupia, Naseeruddin Shah and Vinay Pathak in pivotal roles. The film's score and soundtrack is composed by Sagar Desai. 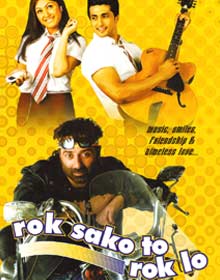 The film deals with the dispute between two neighbouring high schools - Bharti School, a peaceful and silent school and Valley High School - a violent one. Dev (Yash Pandit), Suhana (Manjari Fadnis), and their friends come from Bharti, and are often disturbed by their enemies who come from Valley High. The Valley High students also defeat the Bharti students in every single inter-school event that happens every year, which is the main reason why they make fun of Bharti, while giving it a new and insulting name. One day however, the Bharti students are saved from the Valley High students by a mysterious man Kabir Mukherjee (Sunny Deol), who they initially feared because of his rough looks, thereby the reason they always called him "Phantom". The Bharti students get close to Kabir and befriend him, and with time he also becomes more gentle and normal, thereby getting rid of his "Phantom" look. 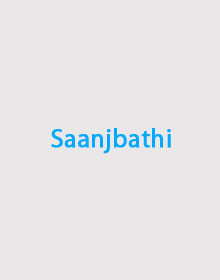